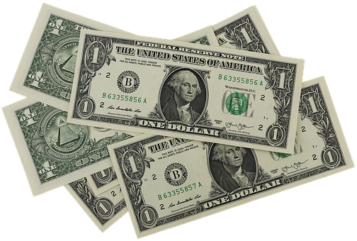 How scary is that? Perhaps not as scary as, Married Couples and Separate Bank Accounts.

Now that you are married, should you have separate bank accounts?

Few words can bring such an icy feeling over a brave, young man’s heart. Young men will go to war, fight with lions and tigers, fight on the street, and in bars, and rise up from their ruins to fight another day.

If however any mention of getting married is introduced into the conversation, they quickly assume their best defensive posture or head to the bar for another drink.

Is it any wonder, with Western divorce rate rates hovering in the 50% range. The odds are more in your favor, of retuning from a foreign conflict, or an all out war.

The preponderance of evidence, suggests that the number 1 cause of marriage failure in North America is the lack of money to maintain the marriage and the family setting. I would add that this is brought to the fore by a “lack of money knowledge, and a lack of proper money management skills.”

The lack of money knowledge leads to poor money management. From there, the arguments and fighting lead to divorce.

In fact, many studies show that money problems in a marriage are the number one cause of divorce.

Another recent, semi-scientific survey, by a popular magazine, found out that over 70% of couples argue or fight about money issues at least once a month. Young and old couples, battle each other over issues of money, more than about clothing, food, nutrition, or sex.

How are my neighbors to the south, in the US of A, faring out. It seems that the statistics are similar there as well. According to USA statistics, 40 to 50% of marriages in the United States end in divorce, and about 40% of first year marriages end in divorce.

Further studies suggest that money problems in a marriage are the number 1 cause of divorce.

This is a very depressing static on the state of money issues in North American society.

Trust is the part of the Solution

If there was a 40 to 50% chance of getting hit by a vehicle when you crossed a street, would you cross that street?

The answer is, probably no!

This is where the solution to Joint Bank Accounts begins. Depending on how long you have known each other, there comes a moment when you have to realize that you are in this together. Together if you have no children, but even more together, if you have children.

Let’s begin with the basics. You are sharing an apartment or a house. You need a roof to sleep under, and this process requires that you pay the rent, lights, heat, food, and others items pertinent to your couple’s situation.

1. All the basics that belong to this section should be paid from a “joint checking account”.

2. Set up a “joint savings account” to save for “rainy days”.

3. Setting up a joint checking and a joint savings account will solve 90% of ALL your money problems, IF you maintain this account “properly and together.”

4. This will establish trust in your couple. By being open about money and performing your money management tasks together, you will grow as a couple.

5. Once you have managed to master this stage, there is no reason why you cannot have separate savings, checking, and other forms of accounts, but the solution to most of your problems lie in “trusting each other”.

Once you trust each other, there is little need to keep too many secrets.

A Solution to the Problem

Is there any doubt as to the value of learning about money and how to manage it?

Even simple Arithmetic will do in the beginning. Addition and Subtraction, pure and simple.

Add all your earnings for the given month, Subtract your expenses, and that’s it!

If you can master that simple formula, and discipline yourself to maintain it, you will never be broke again, I promise.

Without hope the future is bleak, but if you focus on building trust as a couple, and work towards increasing your knowledge of money and its use in our modern-day society, you will be well on your way to matrimonial and financial success.

You will have solved 80 to 90% of all your big problems and you will be able to focus some funtime.

Remember to be responsible first, and put “having fun” in second place.

I would love to hear how you manage your money and if any of these solutions seem practical and possible to you.